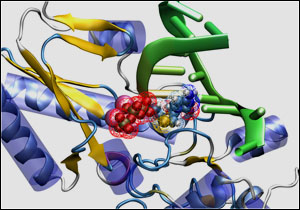 With the increase in use of newer Hepatitis B drugs including Entecavir, Telbivudine and Tenofovir, new mutations are likely to occur. It is vital to characterize the HBV mutations associated with drug failure that are present in a patient, as this will directly influence the choice of add-on or replacement therapy in the patient with cross-resistance or multi-drug resistance. These changes can occur over a short six to twelve month time-frame.

The implication, from a clinician's perspective, of not providing a complete mutational analysis could be an incomplete or inaccurate diagnosis of the viral mutational status. This may lead to inappropriate selection of therapy and is likely to lead to earlier drug burn off resulting in inadequate viral suppression which leads directly to disease progression.

The identification of new mutations can only be done effectively with a full sequencing methodology. Point mutation hybridization systems will not identify new mutations and will not interpret the impact of particular patterns or clusters of clinically significant mutations in HBV.

Correct interpretation of these mutations can be made, accurately and rapidly, using the on-line SeqHepB service.

SeqHepB provides a complete analysis of the primary and secondary mutations present in the HBV genome providing a predicative tool for clinicians in the comprehensive management of HBV drug selection. The size of the SeqHepB mutational data-base enables a high level of accuracy, which in turn, further improves the appropriateness of therapy management.

Without a complete analysis of both primary and secondary mutations present, the resistance profile is incomplete and will lack a predictive component. Without this predictive element, drug selection may be less than optimal resulting in an increased likelihood of cross drug resistance, earlier drug burn off and disease progression.